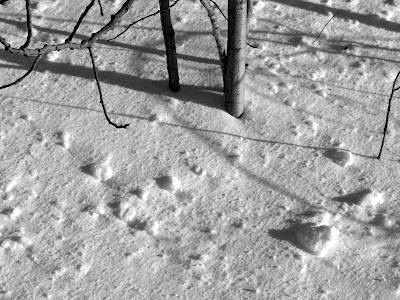 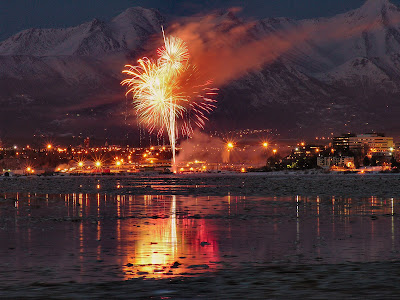 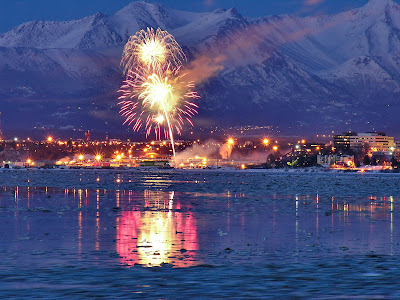 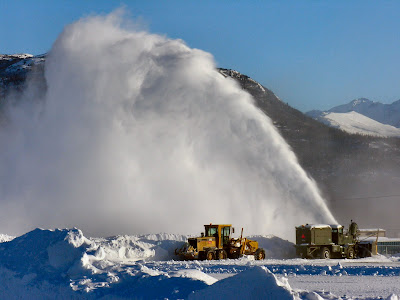 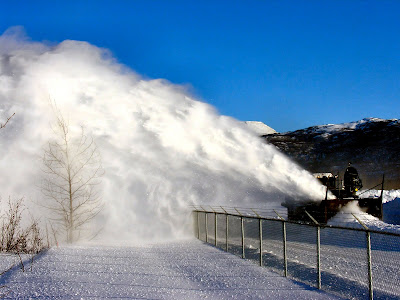 This is a huge lot they have sectioned off right next to my office, I think they're building a new hospital. Looks like they are getting ready to start construction and had to clear it off... not that we've had much snow lately. Only about 4 ft (1.2 m). Btw, that fence is about 8 ft tall (2.4 m). 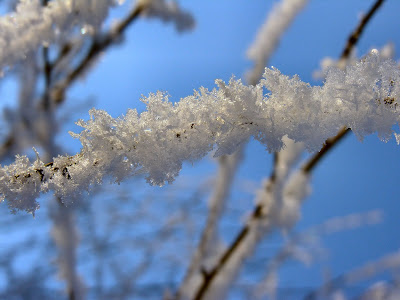 It's been seriously cold the last couple weeks so every time there's a bit of fog the tree's build up with more frost. Untill today there's been pretty much no real sun so the frost had just gotten thicker. Not that i'm complaining, we didn't get any real snow till almost november this year. Hell, I have only had to shovel twice ;) 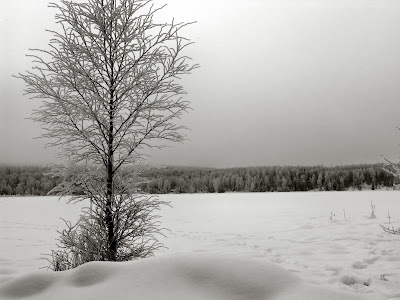 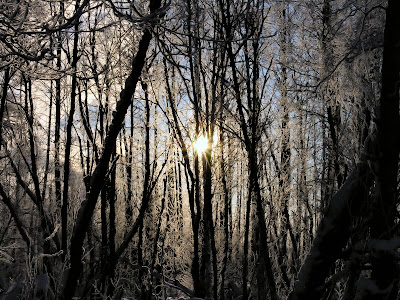